While visiting Brownsville with the intent to only explore to the general hospital, we quickly realized nearly the whole town is abandoned.

Our adventure started by stopping for some drinks at Sheetz, the cashier was talkative and asked if we knew what happened in Brownsville. The horror movie, all things spooky lover in me initially thought he was going to tell us a vivid ghost story-nope. Just that Brownsville was formerly a coal mining/steel industry town and when those industries started to fail, so did the town. Hailing (proudly) from an area deemed as “the coal region”, I wasn’t a stranger to this story.

I’ll get to the abandoned town in a bit.

Brownsville General Hospital was constructed in between 1908-1916. The idea came to build a hospital due to residents needing to be transported quite a distance to receive medical care. It was constructed on the site of the former Brownsville Public School. Brownsville started seeing patients in 1914, despite construction not being complete.

Taken from the ULS Digital Collection-University of Pittsburgh, April of 1923

The former hospital looks beautiful, quite quaint actually and far different than what we see today in healthcare.

Today, the structure stills stands but is truly dangerous inside. I typically do not like to pass the opportunity to explore every inch of space, but this one I would not recommend going far within the building. As you can see from the photos below, the roof is falling down, floors are caving in and I felt as though it was too risky trying to explore deep inside the building. 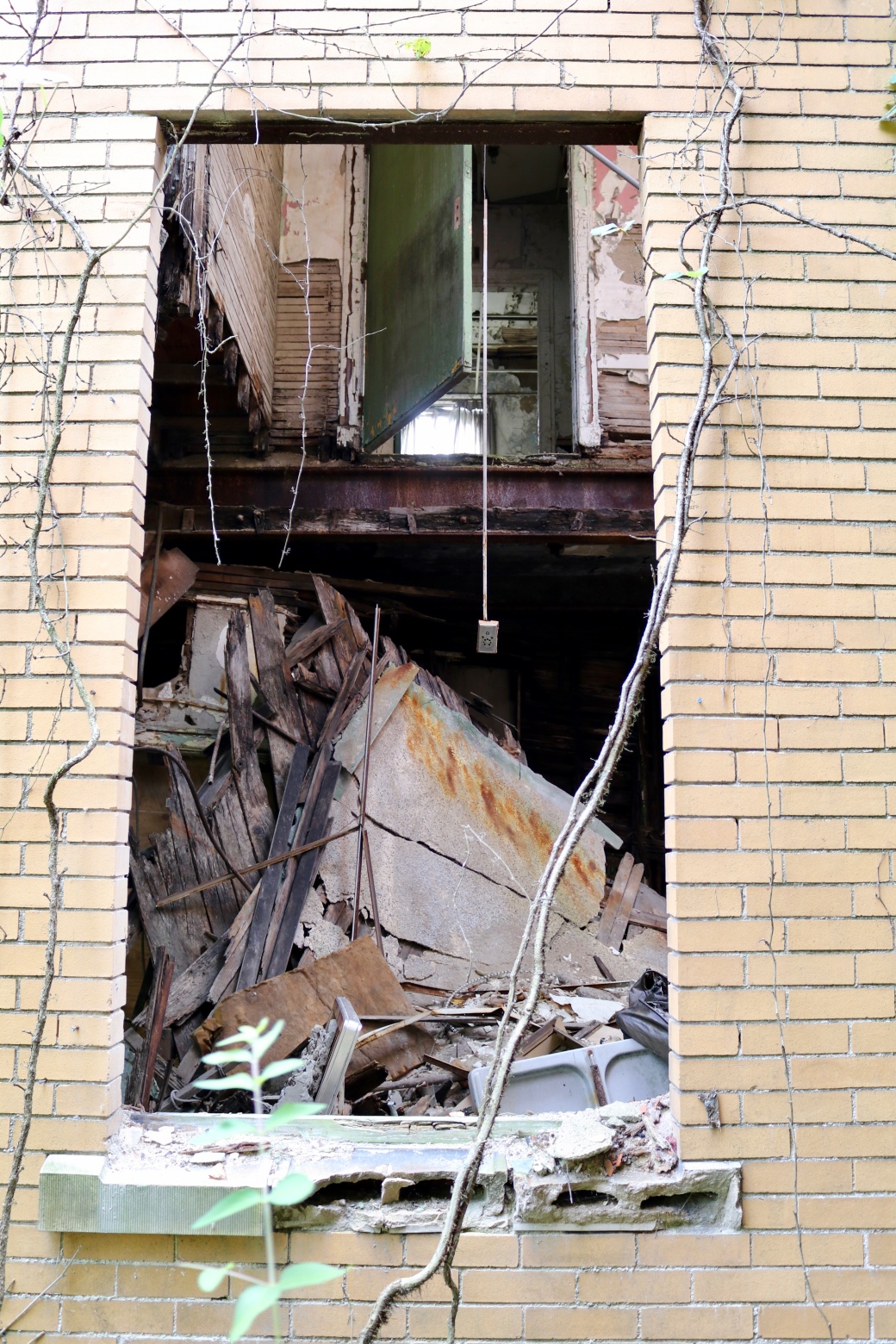 In 1942, the hospital expanded, adding a third floor. By 1960, the hospital was at capacity and by 1965 a new hospital was constructed. Unfortunately, this was around the same time the coal and steel industry were on the decline. By 1985, both the hospital and the nurses home officially closed.

In 1920, they added the above mentioned nurses home and expanded in 1928 to also include a nursing school. Each floor was nearly identical, rows of rooms with a reception area on the first floor and more recreational areas in the basement. While we did explore the nurses home, we avoided the basement due to seeing that people had been disposing of their trash there.

In 1952, they converted the nurses home into an elderly care facility. In 1983, the nursing home was reported to several government entities due to poor quality of care. Within two years, the facility stopped treating patients. 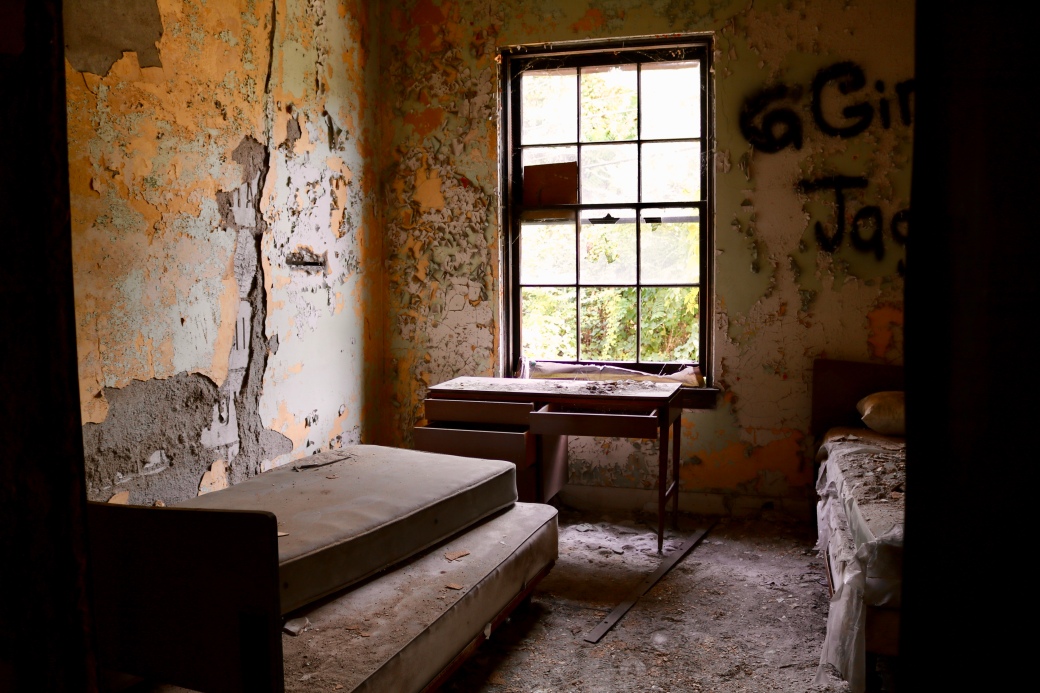 The nursing home was in much better condition than the hospital. It was far more structurally sound, although it still poses danger.

As I mentioned earlier, Brownsville has many more abandoned places than just the hospital and nursing home. Their downtown has one business and some new housing. With around 2,300 residents, the coal and steel industry decline was the demise of the town. With some hope, a couple purchased nearly 75% of the towns properties and unfortunately did not follow through. Brownsville is still working toward trying to revitalize the town and I hope they are successful. 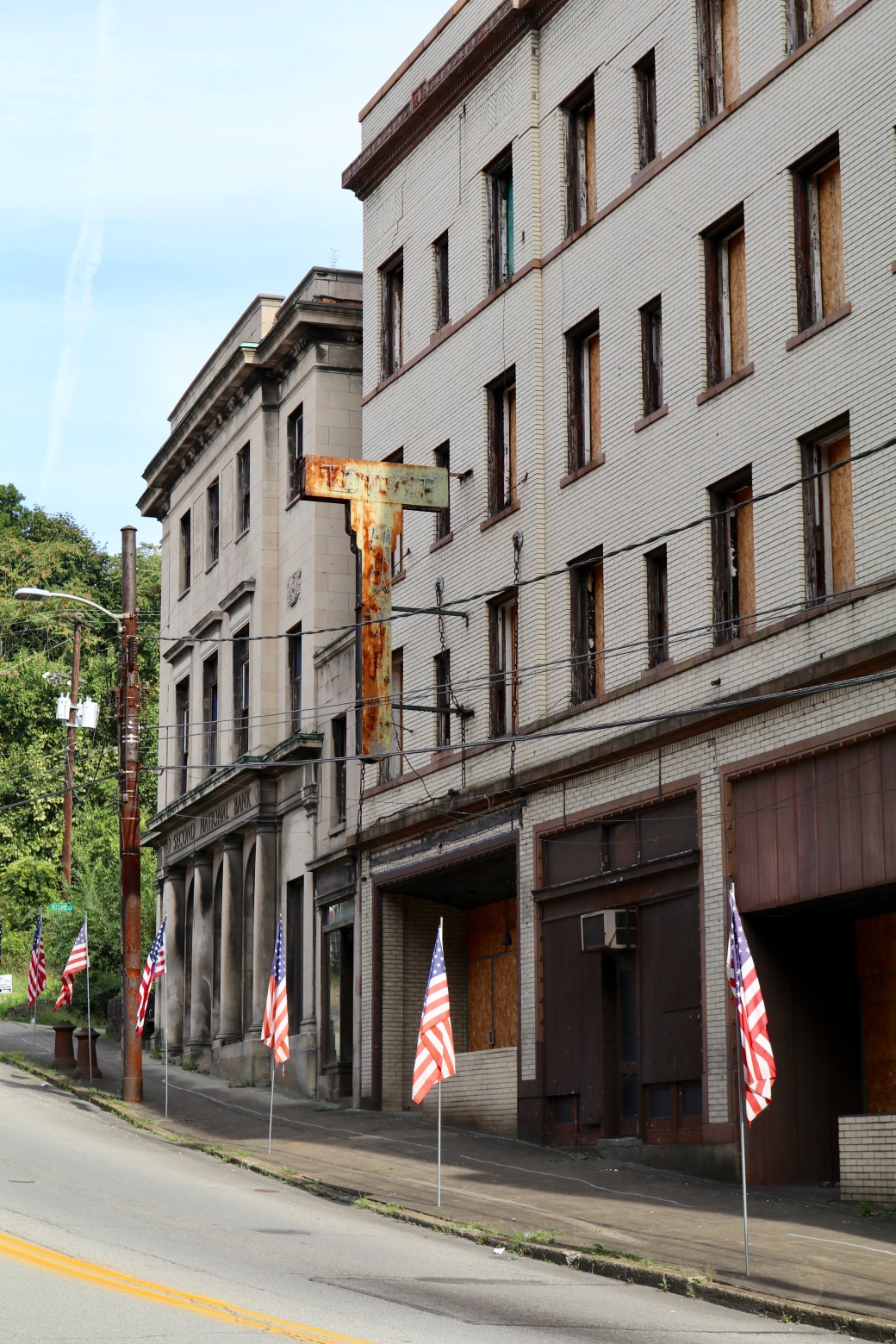 Is Brownsville and the General Hospital worth a visit?

If you are traveling a distance, the advantage is you’re also close to Pittsburgh.

Some advice should you visit Brownsville. Be wary of the hospital, as I mentioned earlier it is not structurally safe, but both buildings are easy to access. The ceilings and floors of both spaces are falling down and you shouldn’t trust the spaces you are walking on fully.

As always, be respectful to what is remaining of the buildings and happy adventuring!

One thought on “Brownsville General Hospital”